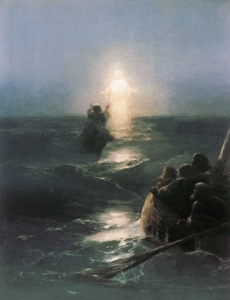 The most common objection to the resurrection of Jesus Christ is that miracles are impossible. A miracle is a supernatural event that can’t be explained by natural laws (science) because it transcends those laws. Since the resurrection was a miracle, trying to explain it scientifically won’t work. There are good reasons to believe this pivotal event in history really happened because of eyewitness accounts of the resurrection. There were plenty of people who claim they saw the risen Christ, and their testimonies conclude that Jesus miraculously rose from the dead.

Paul wanted the Corinthians, who doubted bodily resurrection, to check out his claim—meaning, he wanted them to verify his account with some of those hundreds who saw Jesus alive—stressing the trustworthiness of the appearance. The witnesses were available for cross-examination by those who wanted to stop this new religious movement in its tracks.

Well known speaker and author Josh McDowell asserts that there were plenty of “New Testament accounts of the resurrection being circulated within the lifetimes of men and women alive at the time of the resurrection. Those people could certainly have confirmed or denied the accuracy of such accounts.”

This rationale works well for natural sciences, but not well in history, for historians still judge events by the reliability of witnesses.

The witnesses of the resurrection are reliable for several reasons. One is that this event completely transformed their lives. For example, the furthest thing from Paul’s mind was that he’d see the resurrected Christ. Before his conversion, Paul, then known as Saul the Pharisee who participated in the stoning of Stephen, the first Christian martyr (Acts 7:58), hated Christians, thought they were heretics, and was bent on destroying them. Jesus would have been the last person Paul would have wanted to see. A transformation also occurred in James, the brother of Jesus, who previously thought Jesus was simply confused about being the Messiah. Furthermore, both of these men were radically converted into believers upon seeing Jesus resurrected to the point they were both martyred for their belief. Historians wrote that eventually ten apostles were killed for preaching the risen Christ.

Lastly, if these people lied about the physical resurrection of Jesus’ body, faced with death, wouldn’t they have recanted to save their own lives? Author Paul Little wrote, “Men will die for what they believe to be true, though it may actually be false. They do not, however, die for what they know is a lie.”

There is also the fact that Jesus’ tomb was found empty. If the enemies of Christ wanted to prove his resurrection didn’t happen, all they had to do was to get his body and show it to the authorities, but no body was ever discovered. Legal scholar John Warwick Montgomery asserts: “It passes the bounds of credibility that the early Christians could have manufactured such a tale and then preached it among those who might easily have refuted it simply by producing the body of Jesus.”

When these points are discussed, skeptics will attack the credibility of the Bible itself, determined to dismiss the miraculous event of the resurrection. However, regarding the accuracy of the gospels, the New Testament documents are the best attested documents of ancient history,as there are historical methods for assessing the reliability of classical texts by which the Bible has been reviewed.

English skeptic David Hume adds up the evidence against the miracle of the resurrection by stating that since death happens to almost everyone, as there are only a few stories of resurrections, these accounts must be false in comparison to the billions of deaths in history. This equates evidence with probability and implies you should never believe that long shots win. If this is true, even naturalists, who only believe in the material world and reject anything spiritual or supernatural, shouldn’t trust the Big Bang Theory since it supposedly only happened once.

Finally, stating that miracles are impossible may be an indirect way of saying there is no God. (Justifying the existence of God is a point that can be made in another paper.) If you recognize there is a God, then He could most certainly work outside of the laws of nature and raise Jesus from the dead. After careful examination of the New Testament testimonies, and being honest about whether you have an anti-supernatural bias, there is only one reasonable conclusion: a miracle happened over two thousand years ago when God raised Jesus from the dead.

Gertz, Steven. “How do we know 10 of the disciples were martyred?” Christianity Today, http://www.christianitytoday.com/ch/asktheexpert/sep23.html (accessed September 30, 2013).