A personal testimony of Shelley Singh

Although I think Social Media has drawbacks (like reducing real ‘face-time’ and circulating false info), many good things can come from it. Some of those are meeting sincere people who love Christ. One I’ve met is a woman who’s been following my Think Divinely blog named Shelley Singh. Shelley’s story is unique as she has converted to Christianity out of Sikhism. Since I’m a Christian Apologist (a theology that includes studies of worldview contrasts), I wanted to know her story. She was gracious enough to share it! Here is Shell’s story: 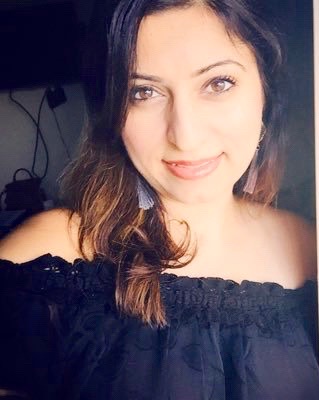 Tell us a bit about your background.

I was born and raised in the suburbs of Toronto, Canada. I grew up in a conservative Sikh family partaking in various traditions and religious rituals. My faith spiraled into rigid-religious fundamentalism. I firmly believed that Sikhs should have their own country, and I did not hold a favorable opinion of India. In 1993, changes happened quickly. We ended up moving to India, the very place I abhorred! I lived in North India for a few years, and was thus exposed to that culture. (Apart from my love for some Punjabi folk artists, I had no religious understanding and connection to Indian or Punjabi culture.) I felt that the extremists who practiced Sikhism understood how to truly follow Sikhism, unlike most Sikhs. I thought it was my duty to help them grow in this spiritual path to “true enlightenment.” Despite these activities, I sensed an inner turmoil beginning at the early age. Eventually, we ended moving back to Canada, and I continued to seek solace via religion, music, and culture as I began a quest for identity.

What do Sikhs believe?

Sikhism is a monotheistic religion which began approximately 500 years ago in the Punjab region of India and Pakistan. It highly emphasizes good works to become liberated from the cycle of reincarnation. Sikhism incorporates writings and influences from Hinduism, Islam, and softer tones of Judeo/Christianity. Sikhism has a greater influence of Sufi Islam rather than traditional Islam, and it is important to highlight this distinction as Sikhs are constantly mistaken for Muslims throughout the world. The purpose of Sikhism is to show the true path of enlightenment by condoning the caste system and the abuses present in Hinduism and Islam. However, Sikhism has not been able to achieve this because the caste system, honor killings, patriarchal systems and concepts of sin still permeate the Sikh society and the fabric of Punjabi culture.

Salvation is distinct between Sikhism and Christianity. Sikhism emphasizes a release from the bondage of the cycle of reincarnation with the sole purpose of becoming one with God; whereas in Christianity, one does not become “one with God”; instead, being a Christian means you retain your individuality—in other words, you are you forever… only better!  In contrast, Christianity teaches that salvation is offered through the redemption of sin by faith in the sacrifice of Jesus Christ alone.

This is by grace. It’s challenging for a Sikh to understand the concept of grace. Grace, as I understand it, is a gift that is freely given by a loving God. Sikhs rely on the Sikh scriptures, which is primarily the holy book known as Guru Granth Sahib, as the ultimate authority and compilation of teachings by the ten Sikh gurus or teachers. Personally, for this reason and history, it took me several years to receive a revelation of grace that truly reflected the heart and character of God. Christianity gave me the opportunity for the first time to enter a relational and communal dialogue that began a healing work in my soul and my life.

How did you become a Christian?

At the age of 13, my world was turned upside down when my parents announced they would be moving me from Canada to India to further my studies and expose me to a culture in which I wasn’t accustomed. My time in India was full of questions about God and angst towards my parents for forcing me to leave the only place where I was comfortable living. At age 18, after years of varying personal turmoil, including an identity crisis, I returned to Canada. When I returned, I was a changed person with an Indian collectivist ethos that forced me to re-integrate myself into Canadian society while feeling displaced. I went on to study at a university a few hours away from home. I constantly felt like I did not belong or fit in anywhere.

As time went by in Canada, my mother met a Sikh woman who was healed of cancer in Toronto and this woman shared the gospel with my mom. Miraculously, she accepted Christ quickly! On the other hand, I was hesitant and felt challenged by this event. I considered myself a liberal, and found my identity in immersing myself in a South Asian Diaspora (a religion) forsaking the fundamentalist aspects of the Sikh religion that once formed the core of my identity. I was given a book about Jesus from a dear friend and this book triggered my first dream. I began to have more dreams and visions over time which I could not ignore. I eventually accepted Christ as the one true God and as my personal Savior. I did not know how to apply Christian principles to life yet and still struggled to reconcile this new-found faith with my culture and my background.

I wanted to get married young, and had a Hindu boyfriend I wanted to marry. God sent me a few warnings to not become “unequally yoked” (2 Cor. 6:14), yet I did not understand the concepts behind this; so, I disobeyed God. I gave into cultural pressure rampant in the honor and shame paradigms of my religious roots, and married my boyfriend. Over a few months, the marriage quickly dissolved. This rebellious choice led to much heartache including divorce, shame, debt, and so on.

I began to understand the spiritual realm and was overwhelmed. I had dreams of radical terrorists’ attack on America and Christianity. I went into a deep depression, and it took all my energy to work and function. I hoped that Jesus would fix my marriage, but this was only the beginning of issues to come.

I received public shame from family because of my divorce. Health issues, persecution at work and with friends all took a toll on me. Within two years, I had gained 35 pounds and began to exhibit signs of major inflammation in my organ systems. I began to feel some growths form in my body that Jesus healed later (in 2015). The Bible and the Holy Spirit were my only avenues of solace and peace. I didn’t listen to secular music, or watch TV or movies that were not Christian because I was very sensitive to those things in this season of my life. I needed to change my thinking. So, I began reading and understanding the Song of Solomon and began to build a foundation of Christian identity that healed me. This is how I began to understand the concept of grace.

Over time, I realized I needed to seek the Lord’s will for my life, so I began to read scripture after the whirlwind of tumultuous events. Slowly, years of emptiness, depression and suicidal tendencies began to be replaced with resting in God’s presence along with new revelations—I began to learn how to hear from the Holy Spirit. I learned that healing and wholeness wasn’t insurmountable but a journey that the Lord was committed to embarking on alongside with me. I was grateful for His sweet presence despite all the unexpected curve balls that seemed to increase in the different areas of my life.

I became more comfortable with the triune nature of God as I yielded to the facets of the Father’s character. I am thankful that I could receive comfort from the Holy Spirit, along with counsel on how to grow in being led by the Spirit rather than relying on my natural desires. I am also eternally grateful for the gift of intimacy that brought the fullness of God’s grace into my life. This led me to true freedom. I was challenged to think and act as a child of God and therefore, I learned that I had a new identity that brought a greater purpose and wholeness to my life.

As a former Sikh, I understand how to reach them for Christ. Sikhs do not understand the Trinity concept, among many aspects of Christianity. Therefore, it is imperative that Christians who dialogue with Sikhs communicate with love and grace of the true, triune nature of God. When talking with Sikhs, speak with respect and try to understand that cultural nuances play a significant role in establishing relationships. For instance, there are aspects of Sikhism that are favorable, like serving humanity and standing up for the justice of all people regardless of religion. Sikh religion and culture are often intertwined, and the best way to communicate is to answer questions while dismantling stereotypes of Christianity that may be deeply rooted. (I had to go through the process of unlearning and relearning many concepts during my spiritual walk.) It is my hope and prayer that you embrace Sikhs with the true love of God, just as Jesus embraced me with the tenderness of the Father’s whisper to embark on my faith path that is filled with grace.

Shelley Singh is a believer in Christ who discovered that Love is the essence of God. She holds a Bachelor’s degree in Health Sciences from Canada, and a Clinical Doctorate in Audiology from the U.S. She enjoys sharing about the love and grace of God and is an ardent student of the Bible. Her interests include world missions, world religions, prophetic intercession, and teaching. She is fluent in Punjabi and speaks Hindi and Urdu. She can be found on social media on Twitter @ShelleySinghAuD.