What Everyone Should Know about the Golden Rule (Part II) 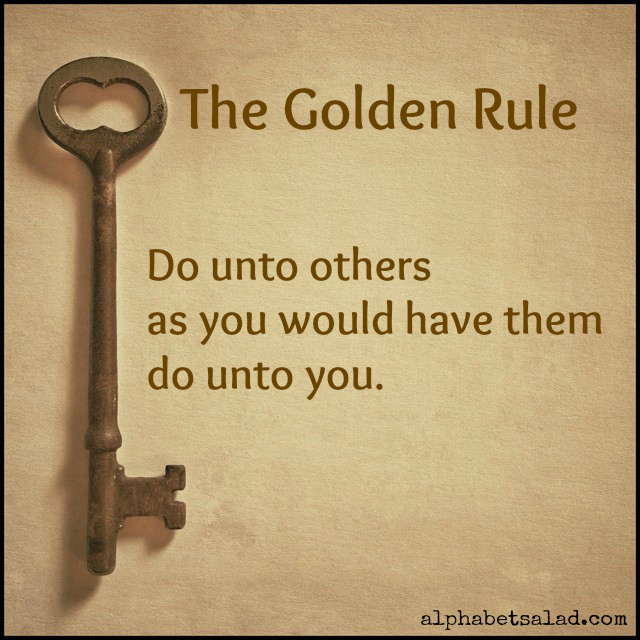 You might ask if Hitler would not have killed the Jews had he applied this rule. Even Hitler would think that if he were a ‘sub-human’, as he claimed the Jewish people were, that it would be OK to gas him. But he would never think of himself as a ‘sub-human’ like he thought the Jews were! In other words, the fake version of the Golden Rule is ineffective to produce the right moral decisions or a genuine moral reform towards what is true and good. Such an interpretation will find a way to justify pretty much any destructive human desire. It becomes this rule: “I affirm you, so you affirm me,” or “If I don’t like, I can justify a way to make the rule non-applicable to you.” The Biblical Jesus did not lead a life of moral anarchy, indulgences, and egoism. The moral choices Jesus took would never fit into this modern-day interpretation. For example, Jesus continuously put himself at odds with the Pharisees, and never affirmed their wrong moral choices; he judged sin and he was intolerant of it.

Did Jesus not apply the Golden Rule or do we have a false understanding of it? Most certainly, the latter. Jesus settles the matter by saying, “Depart from me, you lawbreakers!” This leaves little doubt as to which context the Golden Rule is applied.

But, how do we know which version of the Golden Rule is true?

In these same verses, Jesus gives us a litmus test. Now, how do we distinguish between true and false prophets, the spokesmen of the different worldviews?  Jesus argues that it is done by investigating the fruits of their deeds. Here, Jesus is not arguing that we can discern right from wrong moral choices by their consequences without any qualification. One could justify porn because one does not see any harm from it.  Rather, Jesus is arguing that this is how we discern false prophets from true ones. A prophet with true moral knowledge leads a life of spiritual, mental, and emotional flourishing. In contrast, a false prophet would offer a counterfeit moral knowledge that leads to individual and cultural decadence, despair, confusion, and death. In other words, the effects of a moral decision on our character will help us determine whose version of moral codes is correct. In practical terms, look at the moral hero of different worldviews, for example, Mother Teresa and Hitler. Mother Teresa best represents the moral hero of Christianity; Hitler set his own standards of morality and ended up being no one’s hero. Based on those worldview “spokespersons,” ask yourself whose view you want to reflect?

Sadly, those who are deeply saturated with corruption of morality are rarely capable of seeing negative consequences of their actions. To the horror of many, we’re at a point in history where some are having a tough time explaining why Hitler was objectively morally wrong. This is a tragic reflection of relativism, which is the doctrine that knowledge, truth, and morality exist in relation to culture, society, or historical context, and are not absolute.

Christian liberty, as summarized in Jesus’s Golden Rule, is to freely want what God wants, not to enact what our sinful desires impose on our will. There is no other way to want what God wants but to enter through the narrow gate. That gate has a name on it: Jesus Christ.