What Everyone Should Know About the Golden Rule

Part I
Most people are familiar with the Golden Rule: “Therefore, whatever you want others to do for you, do also the same for them…” (Matthew 7:12). This rule is used by people from all kinds of worldviews and faiths; note that different worldviews use similar language. But many of these worldviews diverge from what it means in the Christian worldview. Instead, other beliefs see the Golden Rule to mean this: ‘do whatever you desire, or like, or prefer others to do for you in the hope that they would treat you accordingly in return and vice a-versa.’ In other words, how this rule is applied by other views combines human desires and preferences with what proper moral choices towards others should be. Consequently, instead of trying to collectively figure out what we “ought to” want for us and others, we end up fighting on whose desires shall be enforced upon the rest of us. Even God is not exempt from our attempts to enforce what we think is right over what He says is right. It’s as if Jesus made up a rule that is reducible to: “You shall assert thy heart’s desire and enact it on others.” I don’t think so!

The error committed here is an error of ignoring the historical and cultural context of the Golden Rule as stated by Jesus. Reading just a few verses before, Jesus is exhorting his listeners to seek moral knowledge and to keep knocking on what he later reveals to be a narrow gate (Matthew 7: 7:7, 13). What is the narrow gate? It is the gate that leads you to want for yourself what God wants for you. It is the gate that leads you to finish up the Golden Rule with the stamp “this is the Law and the Prophets,” which is – by the way – the remainder of the verse from which the Golden Rule is taken. In other words, Jesus is saying that the rule, properly applied, will not make you reach any moral judgments that are clearly opposed to the Law and the Prophets. 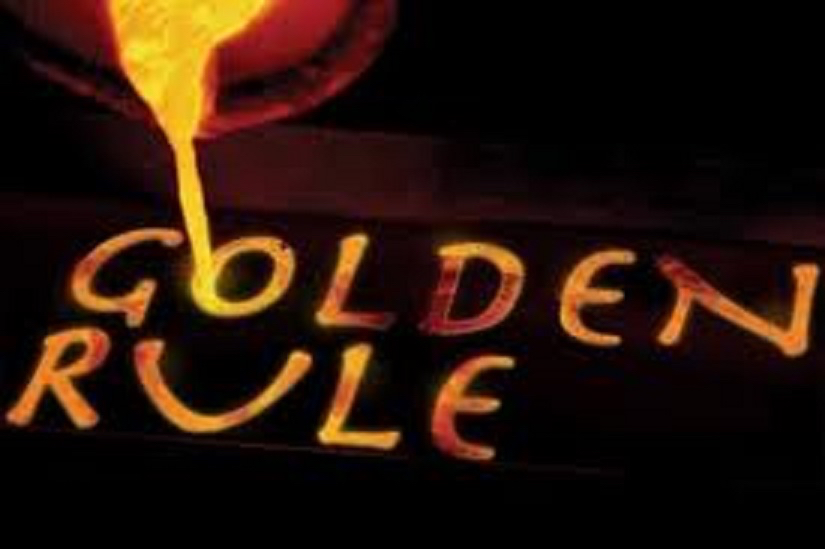 Now, to many this is enough to make the Golden Rule not so “golden” after all. Why? Because the Law and the Prophets judge our corrupted desires, which is what we use as our reference point to apply the Golden Rule, not God’s reference point as spelled out in the Law. The Old Testament declares God’s wrath on sinful desires which we often mistakenly think justifies acts and validates wants in the name of liberty in Christ; in other words, in the name of ‘human autonomy’. We don’t like being told what to want and what not to want; we don’t like being told what to do and what not to do. Such high regard of self, or human autonomy, regardless of the moral implications, is common in Christian and non-Christian circles; such regard simply reflects our pride and pompous self-admiration. Thus, to fit our fascination with the self, we empty the Golden Rule of its true meaning, rendering it an empty rule that allows any immoral act to be a moral one.

This is the dichotomy: the real Golden Rule versus its counterfeit. In part two of this blog post, I will offer you more evidence that Jesus was not simply giving us a green light to do whatever we desire. Rather, Jesus was teaching us that we ought to do to others what is right.