The Thoughtlessness of Relativism 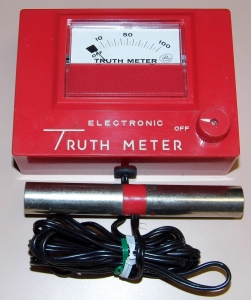 It’s mainstream in our culture to hear people say things like “you have your truth, and I have mine,” or “there is no one right way, there are many.” This is relativism. On the surface, it sounds kind and tolerant, but if you dig deeper, you’ll discover that although this idea is broadly accepted, it’s almost completely unexamined. The idea that there is no moral objective truth is just plain foolish. Let’s examine relativism closer, and see where the truth ultimately lies.

Moral relativism is a point of view that teaches, when it comes to right or wrong, people do their own thing—there is no absolute or objective moral truth. This viewpoint is strongly held today, as it’s practically considered a moral imperative in its own right. If it’s a moral judgement that we should all respect another’s point of view, then it’s assumed any other point of view is immoral, or un-American.

This statement is self-refuting because saying there is no absolute truth is, in fact, making an absolute statement about truth. “The only place of true neutrality is silence. Speak up, give your opinion, state your view, and you forfeit your claim to neutrality,” states Gregory Koukl, founder and president of Stand to Reason.

At the heart of relativism is a desire to be more understanding in the hopes that we’ll all get along and be at peace, as long as you’re of that opinion. Relativists are intolerant of those who don’t agree with them.  “People who hold that their religion is absolutely true are often strenuously opposed by the relativist. Only those adherents of various religions or philosophies who share the relativist’s perspective on reality that their religion or philosophy is no better than anyone else’s are truly welcome,” said Dr. Clay Jones, associate professor at Biola University. So relativists are actually hypocritical because relativists really only tolerate other relativists.

If you define morals based on what one individual perceives as good or bad, then if I come to visit and decide to take your iPad because that’s what is good for me, you can’t object. I need that tablet, and it’s my belief that I should take what I need. That doesn’t sound so good, does it? As you can see, relativism breaks down under scrutiny.

Philosopher Mortimer Adler adds “that reducing moral judgement to mere opinion, having no hold on any truth about what is right and wrong, we would be left exposed to the harsh doctrine that might makes right.”

This is why there are laws governing certain, commonly held objective morals: don’t kill, don’t steal, don’t lie in court, etc.  Where does the relativist stand on these issues? Would he say that it depends on if the person who harmed another saw it as his right? That is what the Al Qaeda terrorists believed when they flew planes into the Twin Towers. The world stood up and cried out for the injustices of that act because deep within, most people knew taking those innocent lives was wrong. It’s stamped into any normal, healthy conscience. Anyone who believes otherwise has lost their moral compass.

This shows there are objective morals, despite what the relativist may decry. Where did those truths come from? Jeremiah 31:33 says “…I will put my law in their minds, and write it on their hearts.” In the Bible, God states that He is the law giver, and what some term your “conscience” would be that innate sense of right and wrong. Pushed into an emergency, that conscience is acted upon, like when someone is drowning and you cast them a life preserver.

Deep down, we all have a sense of what is right and wrong, but the community in which you surround yourself can influence those feelings. For example, in 1963, prayer was no longer allowed in public schools because it was considered a violation of Article 1 of the Constitution, which prevents religious teaching at tax payers’ expense. Secularism was then adopted into our public education system, which was supposed to remain religiously neutral. (As stated earlier, there really is no “neutrality” because when you state your view, you forfeit neutrality.) Steadily over the years, a philosophy of Naturalism replaced a Christian worldview. This position believes everything comes from natural properties and causes, and supernatural or spiritual explanations are excluded or rejected. From this viewpoint, the idea of personal autonomy and one’s personal subjective preference has become the deciding factor of what is the correct course of action, rather than some objective moral standard.

As our culture embraced this worldview, women became adamant that they should have personal autonomy over their own bodies, and thus in 1973, abortion became legal. Slightly over two decades later, Dr. Jack Kevorkian, infamously known as “Dr. Death”, argued for physician-assisted suicide based on the abortion decision. He brought the issue to the forefront, and eventually, his views won over some of the populace. Since women have the right to terminate their pregnancies, why shouldn’t people who are suffering have the right to die?

Today, physician-assisted suicide for terminally ill patients in now legal in four states. This demonstrates how the views of the culture can influence peoples’ thinking to change from what was once considered a moral imperative to value human life at any stage, to a value of doing what is right in one’s own eyes.

Morality based on the “flavor of the day” is subject to change as quickly as the popularity of an idea takes root. For example, the Defense of Marriage Act (DOMA) was enacted in 1996 to allow states to refuse to recognize same-sex marriage, and defined “spouse” as a heterosexual couple, which the majority of Americans supported. However, in the past five years, support for DOMA has waned. Perhaps due to the influence of the media depicting fun gay couples in TV shows and movies, those in favor of same-sex marriage grew. In the summer of 2013, the US Supreme Court decided DOMA was unconstitutional, and as of November 20, 2013, same sex marriage is now legal in sixteen US states, and that is expected to increase.

From these examples, you can see where relativism can lead. In the future, who is to say that if a bi-sexual male wants to marry his female and male partner, since he loves them both, he can’t do that? What about someone wanting to marry a sibling—who are you to say that is wrong? If we continue to go down the path of relativism, lines of right and wrong will blur. We will stumble, trying to redefine those lines by adopting new laws to fit society’s status quo. Ultimately, someone defines those standards. Who might that be? We need to ask ourselves what truth is and who determines it.

Jesus Christ said that he is the truth. His resurrection gives good reason to believe in Christianity, which teaches people to live with clearly defined moral objectives that help humanity remain civilized, treating each other with respect from a core belief that all people are sacred beings, created in the image of God.

When you thoroughly look at relativism, it’s clear that everyone believes in something, and to say all truth is relative is simply not true—it lacks good judgment. Therefore, if relativism is false, moral objectives must be true. There is no middle ground.